Valentine’s day has a history dating back to Roman times. Photo by Philippe Milbault

Valentine’s Day which is on February 14th is a day that is filled with romance. This day is remembered in celebration of St. Valentine. During this time many people express their love by giving loved one’s greeting cards, candy, and flowers. Although many people celebrate this day many people are unaware on why they actually celebrate it or what the true meaning of Valentine’s Day is. Originally there were 3 Saints that were recognized by the Catholic church as martyred of the divine love and one of these Saints was named Valentine. 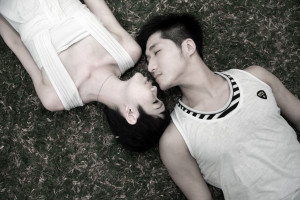 Valentine’s Day is celebrated in February since it is believed that St. Valentine was executed on February 14th in remembrance of his teachings of love. Photo by Matt Madd

According to the legends 300 years after the death of Jesus Christ Roman Emperors were still enforcing that people worship the Roman Gods. This is were St. Valentine was also mentioned as a person who practiced Christianity and he was put in prison because of it. During this time St. Valentine had preformed a miracle. He had given the blind daughter of one of the jailers her sight back. Unfortunately this miracle and the fact that he practiced Christianity was the reason he was executed on February 14th. Also according to the legend the day before his execution he wrote a farewell letter to the girl and signed it “From Your Valentine.” This created the first official Valentine’s card that started billions of Americans that now celebrate the holiday.

Why February for Valentine’s Day?

Valentine’s Day is celebrated in February since it is believed that St. Valentine was executed on February 14th in remembrance of his teachings of love. According to Roman history they celebrated the Harvest Festival of Lupercalia on the 15th. Lupercalia is the Roman God of fertility. That day was set aside by the Romans to give honor to Lupercalia and the Roman Empires. The Christians then decided that they would celebrate Valentine’s Day on the 14th in remembrance of the Christian Saint. It was also considered during the middle ages that February 14th started the mating season for the birds. This day throughout history has always given the meaning of love and romance.

Gifts became part of the tradition of Valentine’s Day to go along with greeting cards to express the feeling of love. People may give gifts such as chocolates, candies, flowers, and jewelry too express their appreciation or even get couple free psychic readings. Valentine’s Day is often accompanied by a special dinner, a marriage proposal, and is also a day when many people actually get married. This day has become as important as Christmas and New Years, especially to lovers.

Truly one of the best tarot and psychic sites we've discovered is Bear Tarot. Check them out at by clicking here! The author is great!